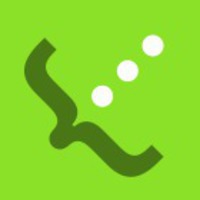 We’ve updated the spec to version 1.1. It’s a minor update to JSON Feed, clarifying a few things in the spec and adding a couple new fields such as authors and language.

For version 1.1, we’re starting to move to the more specific MIME type application/feed+json. Clients that parse HTML to discover feeds should prefer that MIME type, while still falling back to accepting application/json too.

The code page has also been updated with several new code libraries and apps that support JSON Feed.

We — Manton Reece and Brent Simmons — have noticed that JSON has become the developers’ choice for APIs, and that developers will often go out of their way to avoid XML. JSON is simpler to read and write, and it’s less prone to bugs.

So we developed JSON Feed, a format similar to RSS and Atom but in JSON. It reflects the lessons learned from our years of work reading and publishing feeds.

See the spec. It’s at version 1, which may be the only version ever needed. If future versions are needed, version 1 feeds will still be valid feeds.

We have a WordPress plugin and, coming soon, a JSON Feed Parser for Swift. As more code is written, by us and others, we’ll update the code page.

See Mapping RSS and Atom to JSON Feed for more on the similarities between the formats.

This website — the Markdown files and supporting resources — is up on GitHub, and you’re welcome to comment there.

This website is also a blog, and you can subscribe to the RSS feed or the JSON feed (if your reader supports it).

We worked with a number of people on this over the course of several months. We list them, and thank them, at the bottom of the spec. But — most importantly — Craig Hockenberry spent a little time making it look pretty. :)